May 30, 2019
9:00 PM – 10:00 PM Add to calendar
Apple Calendar Google Calendar Live / Outlook.com Webcal address iCal file
ZKM_Medientheater
Aimilia Givropoulou
In 2016 the European Commission announced it proposal for a Copyright Reform, a reform we were all expecting to come, but could not foresee the controversies that would arise. Copyright law in the EU has long been recognised as obsolete, due to its failure to provide for technology neutral provisions that respond to the demands of the digital era. Among the controversial provisions of the new law lie two Articles known as 11 and 13 (currently 15 and 17 of the final text. The first introduces a neighbouring right for news publishers (a.k.a. link tax), while the second annuls the current regime of intermediary liability, raises the barriers of liability for internet platforms and suggests a damaging for the internet-as-we-know-it system of a priori censorship (a.k.a upload filters, censorship machines). This law passed the EU legislative procedure and has entered the step of its "national implementation". This means that we still have a chance to get informed and act! How's that? Join the presentation and we'll discuss it all step-by-step.
This presentation-talk would like to clarify to the audience the EU legislative procedure, summarise the developments as regards the Copyright Reform and ultimately, raise awareness and interest for the upcoming national implementation of a rather controversial piece of legislation. The structure of the presentation will be as follows: 1. Legislative Procedure - who is in charge, how do the European Institutions cooperate, how do they make decisions 2. Copyright Reform - from birth till... now. 3. What is wrong with copyright? Can we still do something about it? Yes? What? 4. Questions and time for discussion. 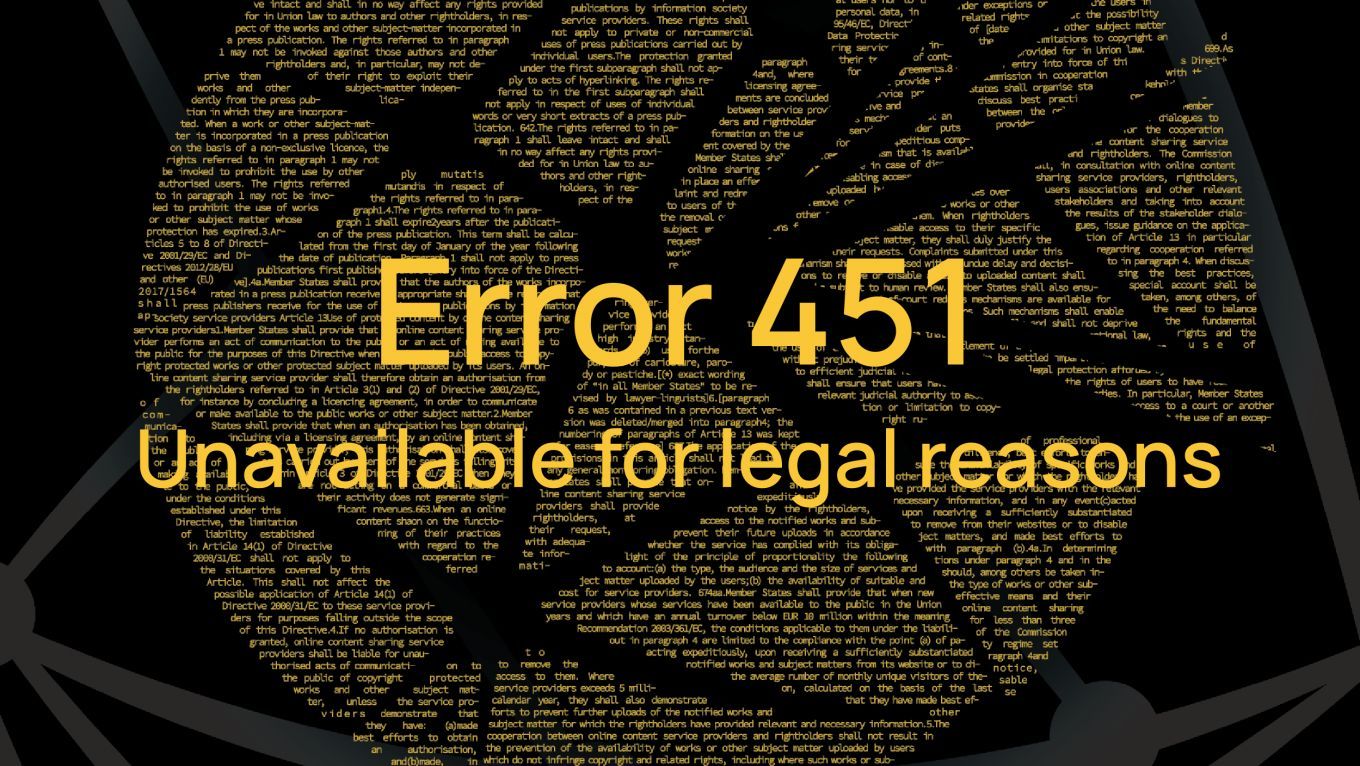